What is Mercury in Aquarius personality? Well, the Aquarius characteristics include intelligence, creativity and a desire for change. As we know, people born under the star sign of Aquarius can have a major impact on the world – with their ability to seek improvement and help others.

Aquarius is the rarest Zodiac sign and is ruled by Uranus, the planet of chaos. Unlike Venus, Aquarius is a fixed zodiac sign so individuals with a planet in Aquarius have a very stubborn nature and when they want something, they are willing to do everything to achieve it.

In Astrology, Mercury is the planet of communication. It shows us how people express their mind and opinions. It indicates how a person perceives the world, how they communicate their ideas to others, how they solve problems and how much attention they pay to details. While the Moon sign tells us how a person deals with their emotions, the Mercury sign shows how our thought process works, how we make plans and pursue them.

What does your Mercury sign mean if it’s in the sign of Aquarius? Mercury in Aquarius in 2022 can be a very prominent placement in a birth chart. It signifies a person with a very creative mind, someone who has great ideas and knows how to pursue them. They are very intelligent and have an open-mind. They seek to bring change into the world. In a personal horoscope chart, Mercury in Aquarius can be an impactful placement. 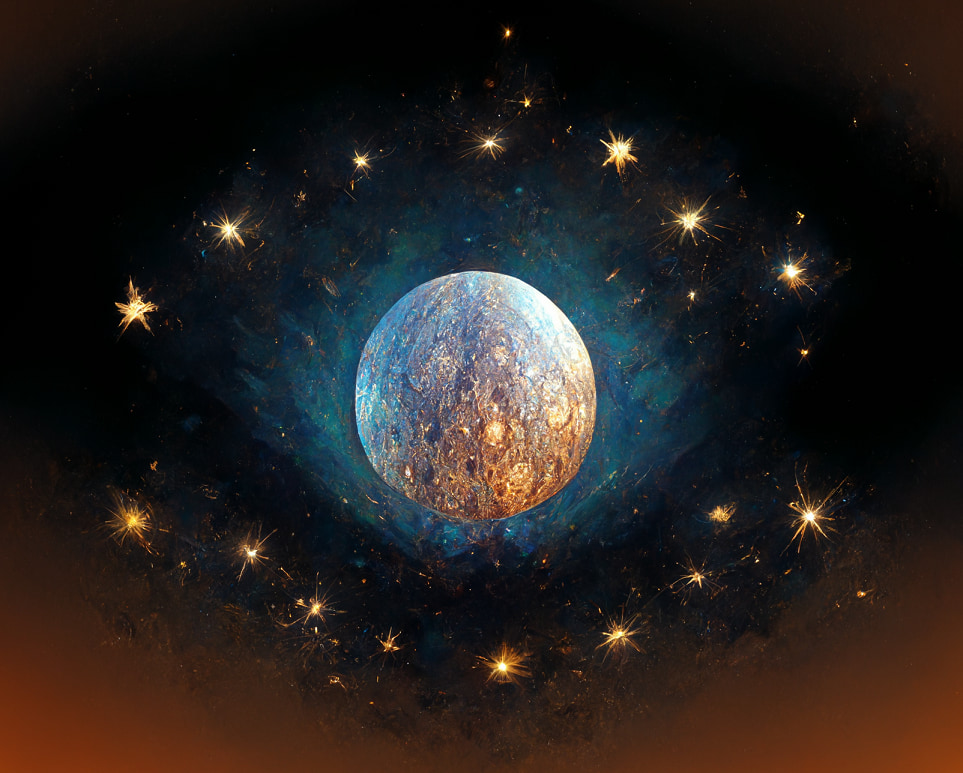 The best house placement for an Aquarius Mercury is the 11th House, which represents our ambitions, social circles and impact in the world. Mercury in 11th house in a birth chart helps the native pursue their ideas and receive a lot of support from others. They are future-oriented and can leave a great mark on the world. Other good houses for Mercury in Aquarius are the 1st house of self, the 5th house of creativity and the 9th house of education.

The Mercury retrograde of 2022 for Aquarius is unlikely to be difficult since Aquarius isn’t ruled by Mercury, the planet of communication. Mercury retrograde Aquarius can show a time with less creativity. They can have difficulty pursuing their plans and might have a harder time making friends with others or finding people with similar aims as them. Love horoscope for Mercury in Aquarius in 2022 can show an impactful time for their romantic life. They are likely to meet new people and form meaningful connections.

Men with Mercury in Aquarius can be very thoughtful and understanding of others. They have a friendly nature and easily get along with everyone, even people they don’t have a lot in common with.  These men have various interests and are good at learning new things. They can easily perfect any skill. They can be drawn to technology, science and astronomy.

On the positive side, they can gain a lot of power in their life. They are likely to receive recognition for their ideas and can have a lot of luck pursuing them. On the negative side, they can lack compassion for others. Aquarius is not ruled by the Moon, the planet of emotions. They are bad at reading people and understanding their feelings. Mercury men are driven by their mind rather than their heart. They can be very independent and are avoidant of people with no respect for their boundaries.

Women with Mercury in Aquarius can be very considerate of others. They are friendly and have a quiet but strong charisma. They easily make friends and form connections. People enjoy being around them.

They are intellectual and know how to have a good conversation. For them, forming an intellectual connection is important in both platonic and romantic relationships. On the positive side, they are thoughtful and creative. They always manage to find a better way of doing things and seek constant improvement in their life.

On the negative side, they can be stubborn and independent. They can be quite detached in relationships. Similarly to men with Mercury in Aquarius, women of this sign can have difficulty communicating their emotions to others. They avoid opening up and showing their vulnerable side, even in their closest relationships.

In love and relationships people who have Mercury in Aquarius can be very independent. They can experience some difficulties in their romantic relationships. They are very intellectual and rely on their brain rather than their heart. Mercury in Aquarius people may find it hard to express their emotions and feelings to others. They are closed-off and reserved. They avoid showing their vulnerable side to other people no matter how much they trust them. Emotional detachment is a typical quality for Aquarius individuals.

In romance, they seek adventure and a strong intellectual bond. They enjoy having a partner who is open-minded and accepting of their ideas. Also they want someone who is very supportive and looks forward to the future. The biggest fear of Mercury in Aquarius is a partner who is overbearing, too emotional, nostalgic and doesn’t respect their boundaries.

They can get easily bored in relationships if their partner isn’t intellectually stimulating. They can often be drawn to people they are already friends with. A strong friendship is more valuable than romantic chemistry in relationships for people with Mercury in Aquarius.

The following star signs have the best compatibility with Aquarius Mercury in:

Leo is the opposite sign of Aquarius so the two are naturally drawn to each other. A relationship between the two can be complex yet filled with excitement. They are competitive with each other and there can be a battle between their egos. Despite that they bring the qualities the other person may lack and can have a lot of respect for each other.

Gemini is the sign a Mercury in Aquarius individual can easily form a bond with. They easily get along and conversations between the two can always be exciting and stimulating for both. The two can form a great friendship or a great romantic relationship that can be very adventurous and fulfilling. As an Air sign, Gemini isn’t emotionally overwhelming and will allow the Aquarius individual to have their needed space.

Libra and Aquarius can make a great pair. A person born under the sign of Libra is often patient and supportive. They can bring peace and harmony into the Mercury in Aquarius’ life. The Libra can make the relationship quite romantic which isn’t something typical for the Aquarius Mercury person. While love between the two isn’t expressed through emotions, they can have a happy time together and a lasting relationship that will bring a lot into both people’s lives.

Mercury in Aquarius people can be very complex and others can often find it difficult to understand them. They have a lot of good qualities which allow them to make friends and form good connections with others. However, they have their flaws and they can often be prominent in their personality.

The positive traits of an Mercury in Aquarius person include:

This person is very accepting of things they are unfamiliar with. Despite being a fixed sign, they have a curious nature and a desire to learn about everything they do not know about.

They are very creative and they know how to make a positive change to everything they touch. They have a great imagination and always come up with new ideas.

The Aquarius Mercury can often indicate an individual who is very intelligent and good at expressing their ideas and thoughts to the world. They can have a great impact on everyone they meet.

The negative traits of an Aquarius Mercury person include:

The Mercury in Aquarius person can often overlook the opinions and ideas of others. They have a big ego and they can often have a higher-than-thou attitude. They can refuse to accept that sometimes others can be right.

Aquarius is a fixed sign therefore they have a very stubborn nature. A person born undet it can have difficulties changing their mind once they set it on something. They may refuse to apologize for their mistakes.

The Aquarius is an Air sign so they tend to rely on their mind rather than their heart. They can fear vulnerability and may not react properly when they see it in others. They can lack empathy for people.

Individuals with Aquarius Mercury are open-minded, thoughtful and creative. They attract attention with how different they are from others. They have a complex nature and can often be misunderstood. At times they can be cold and detached. They refuse to open up about their feelings and show vulnerability. On the other hand, they are very accepting of others, they easily get along with everyone and can be well-liked by many.