Mystics and spiritual people used magic spells since ancient times. The aims were different – to manifest their desires, to ward off evil spirits, to bring good fortune. Or even to curse someone. Magicians practiced rituals in a wide variety of directions for thousands of years. Their purpose was an influence on the weather, spells for good harvesting, predicting the future, and much more.

From using herbs, runes, and curses to invoke the gods, magic spells are a powerful force of energy that can be used for a variety of purposes. Let’s take a look back in time to learn more about the history of magic spells. 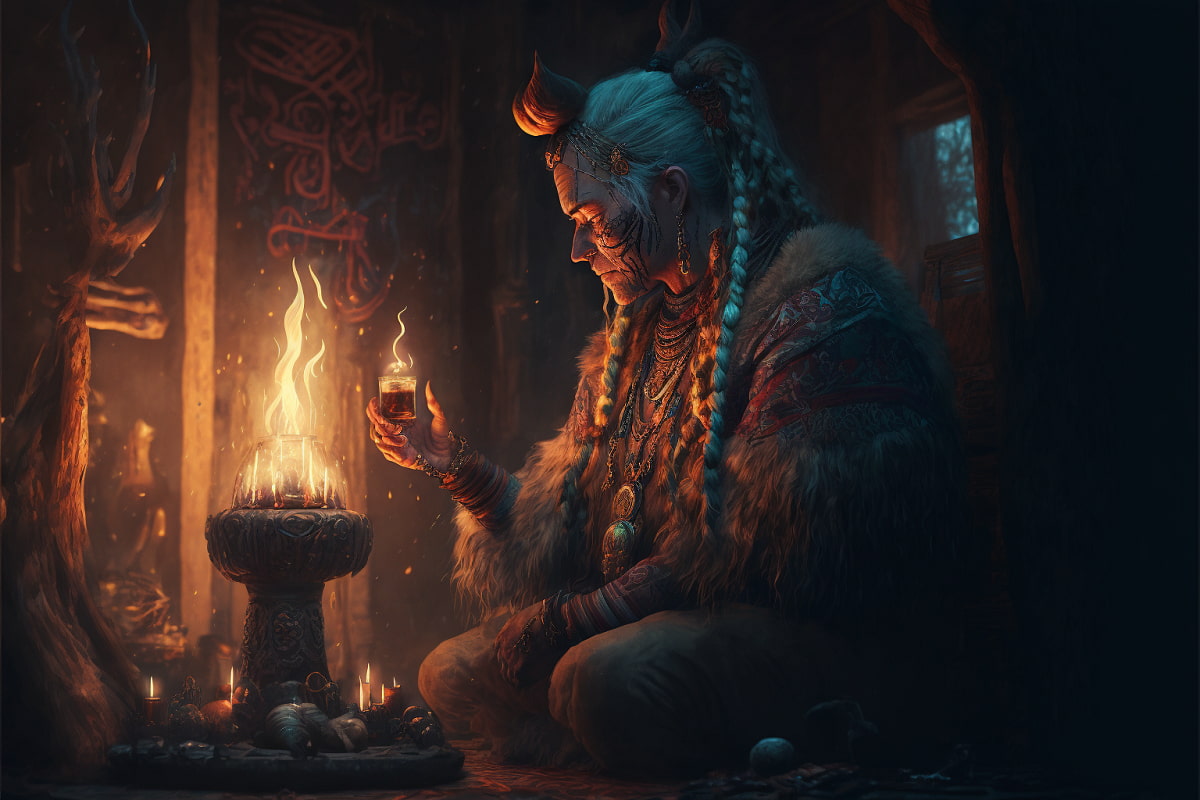 The earliest known use of curses dates back to the Ancient Egyptians. They used them as a form of black magic to ward off enemies or bring misfortune upon them. Curses typically involved writing down the name of the intended target. Also, there was a request for punishment or retribution from a god or a spirit. Over time, these curses evolved into what we now know as hexes. Now it’s usually an invocation that can cause harm or destruction upon an individual.

Magic amulets have been found in ancient cultures from across the world, playing a significant role in many people’s lives. In ancient Egypt, people used magic amulets for protection and prayers. They were providing both the magic and the belief that it would protect them from any misfortunes that could befall them.

Not only were magic amulets used as necklaces or bracelets to be worn. They were commonly inscribed with spells or placed in tombs of dead pharaohs, hopeful that the magic was powerful enough to bring them into the afterlife. Having such a presence throughout history, it’s clear that magic amulets had a great impact on society and although often underestimated, should be remembered for their significance.

Magic spells have long been a part of witchcraft, with witches casting magic for many different purposes. You surely know that magic can be used for both positive and negative outcomes. White magic usually means protective spells and manifestation, while black magic involves malicious or self-serving means.

Certain types of magic are specific to witchcraft, and can often involve a variety of herbs, symbols, and incantations to manipulate energy in order to achieve an intended result. In some cases, magic rituals may involve invoking external entities such as deities or spirits to fulfill a desired outcome. Given the power of magic spells in witchcraft today, it is important that practitioners use their magical knowledge wisely.

Runes Come To Us

Runes were symbols used by ancient mystics for casting spells and performing rituals. As we know, runes are imbued with magical powers that could be harnessed by those skilled in its use. They mostly come from Scandinavian countries, where they were used both as letters and as magical symbols.

Each symbol had its own meaning and could be used in conjunction with other symbols to create complex incantations or requests from the gods. Runes were popular amongst shamans and healers who wanted to tap into their spiritual power when performing healing rituals or divination readings. There are even future readings, based on runes.

Magic Herbs And Where Do They Grow

The use of herbs has been around since ancient times when they were used both as medicines and for magical purposes. Herbs were believed to possess special properties that could aid in spellcasting, healing rituals, and protection against evil spirits. Various combinations of herbs burned during rituals. The casters did this in order to invoke the gods or cast away negative energies. Herbs continue to be popular among mystics today due to their powerful properties and ability to enhance spiritual practices such as meditation, divination readings, or spellcasting sessions.

Regardless of what you think, there is an unquestionable mystery in some plants. There are a lot of mysterious things about these herbs. Botanists still work to understand exactly what causes them to adapt and function in such amazing ways. However, some plants appear in rituals, spell books, and potions more often than others. Another fact – you can use most magic herbs for both good and evil causes.

People used magic spells throughout history of mankind. They are a powerful way of invoking the gods and tapping into one’s own spiritual power. There are lots of ways – using curses and hexes for protection against evil spirits, runes for spellcasting rituals, and herbs for enhancing one’s practice. Understanding the history behind these magical practices can help us better understand how we can use them today in our own spiritual journeys. As you explore your own mystical path, consider incorporating some ancient magic spells into your practice!