What Are Tarot Cards

Many people want to look with one eye into the future, and we can’t blame them for this. Reading of what will come is an exciting mystic experience. So, are you looking for a definitive guide for tarot cards for beginners? Well, your search ends here, on 2spirits.com!

Tarot cards are an age-old method of predicting the future with the help of 78 cards. Each of these cards carries a special archetypal symbol that represents the future. A psychic or a person with knowledge of tarot cards can uncover the meaning of these cards. The present-day tarot cards’ meanings were interpreted by Etteilla and Marie-Anne Adelaide Lenormand.

Tarot cards are the mirrors to the future with hidden meanings in the cards. The interpreter shuffles the deck and asks the seeker to choose any three. And the selected three cards from the deck point out to the future. 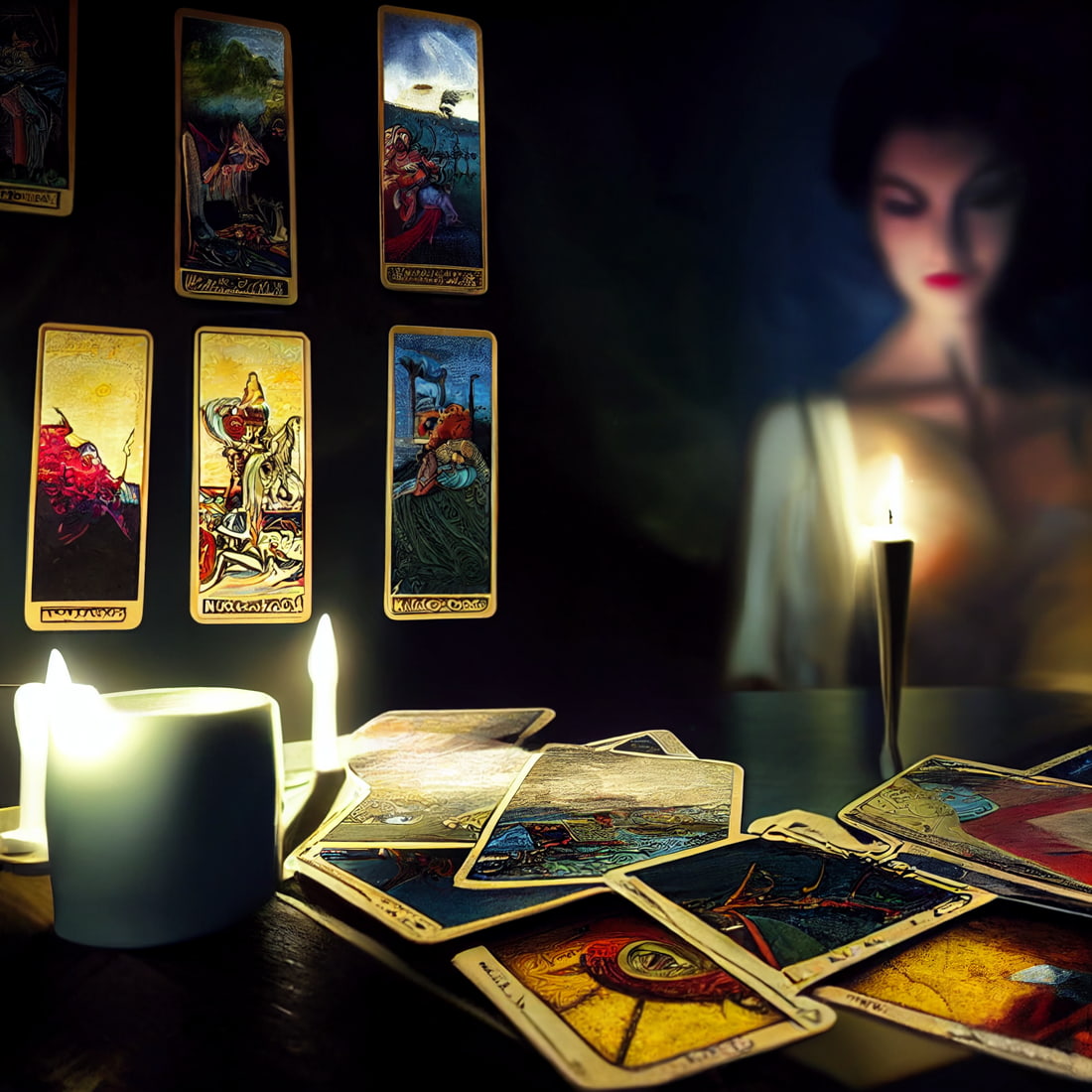 How Did Tarot Develop

Initially, the decks were used just for fun. But as the cartomancy developed, it attracted lots of people towards its mystique. Modern-day problems often need deeper introspection. That needs people to go deep into the issues and unravel the root cause. Tarots are an incredible way of connecting oneself to his/her deeper intuition and looking out for problems.

The cards are known to invoke the inner self and connect it with the present to know about the mysteries of the future. As the world gets busier, there is a growing sense of self-awareness. You will find people seeking inner peace, attending meditation classes, leading minimalist lives, and so on. This points to the human development of shedding baggage and embracing oneself. This also indicates higher spirituality and willingness to learn more about the universe.

As a result, people are turning to tarot card readings to develop a deeper understanding between their unconscious and subconscious mind. People are now using online tarot readings to get instant results. They are also taking corrective measures to change the course of their future. This is indicative that people are developing more trust in the cards and are willing to change their present for their future.

There is no documented proof of when tarot card usage began. The card decks were used for gaming purposes initially. In the late 14th century, European artists created cards for games. Wealthy families in France and Italy began to get customized cards that often featured their family members. So, the cards often represented barons and dukes.

Fast forward to 1781, a French freemason, Antoine Court de Gebelin, did a complex analysis of the tarot cards. He put forth the idea that the cards carried hidden meanings that find their roots in the esoteric secrets of the Egyptian priests. The west has always been fascinated by the middle-eastern and Asian cultures. This element of mysticism in the tarots attracted people’s attention.

After that, in 1791, Alliette released tarot cards specifically for divination. From then onwards, there was no looking back. Occultism occupied a prominent spot in wealthy families. It was initially a pastime but soon gained the reputation of being the future teller.

In 1909, British occultist Arthur Waite and artist Pamela Colman Smith created the Rider-Waite tarot card. They both were members of the order of the golden dawn. Smith was inspired by Sola Busca’s artwork.

She used human figurines along with conventional tarot symbols like cups, swords, and wands. The resulting artwork was highly illustrative and heavily inspired by kabbalistic symbolism. From then onwards, tarot decks became synonymous with illustration, symbolism, and mysticism. The Rider-Waite is now a classic tarot deck. 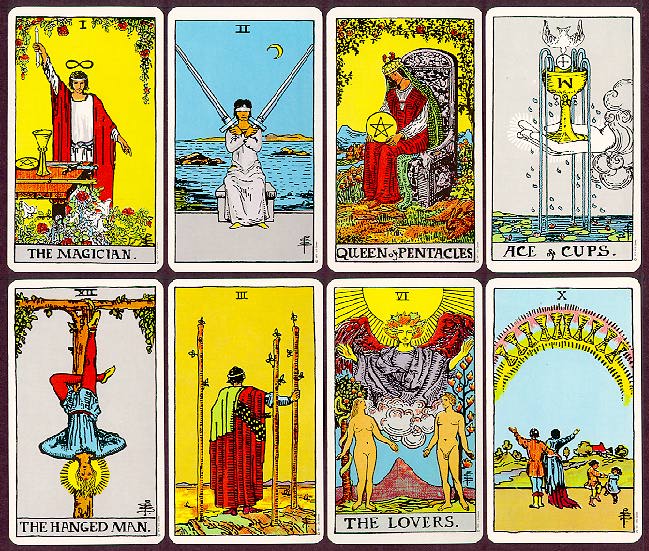 Tarot Cards And Their Meanings

How To Read Tarot Cards For Beginners?

Who Can Do It?

Anyone can be a tarot card reader. Most decks come with a guide where everything is explained. You need to stay focused and trust your inner voice to interpret the hidden message.

Does Tarot Card Reading Make You A Psychic?

Definitely, no! Even though psychics use tarot for occults and magic, it does not make every tarot reader a psychic. It only lets you travel to the psychic realm and understand the course of one’s present and future.

What Do Tarot Cards Mean?

Before we answer that, most beginners don’t even know how many cards are in a tarot deck. Well, there are 78 of them. All 78 cards in the deck have different symbolism. The 22 major arcana cards depict life’s major events. The minor arcana cards (56) depict one’s daily life and its difficulties and events.

Where To Find The Meaning?

Most tarot decks come with their own guides. Other than that, there are lots of resources available on the internet, where you can find the meanings of tarot cards.

Being an amateur tarot reader comes with its own set of challenges. Here, we will try to make things simple.

How To Step Into The World of Tarot Readings When You Are a Beginner?

So, How To Choose a Deck?

How To Choose a Spread?

There is a 3-card spread and a 5-card spread. These are the most popular tarot readings: 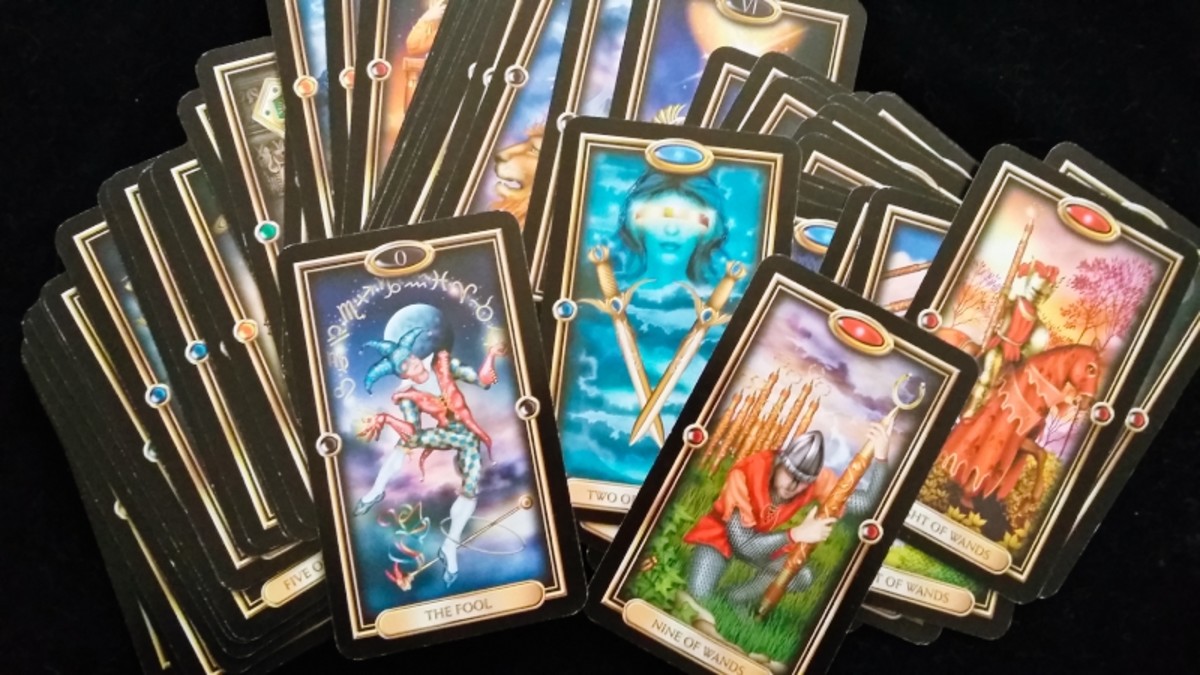 Where To Read The Meanings Of Cards

Most decks come with a guide that has card meanings mentioned on them. You can also get some books where you study the cards, symbolism, and hidden meaning behind them. There are several websites that talk about tarot card meanings for dummies. The major factor behind tarot card reading is your intuition and being able to connect the keywords with a meaningful message.

How To Develop Your Skills

Practice is the only way to develop your skills. Draw a card daily and test your intuition. Keep on interpreting the cards. Offer to read the cards to your friends and family. The more you read, the more skilled you become.

Aid this with good books, YouTube videos, and journals. Instead of wondering how to do a tarot reading, invest your time on actually doing it and your skills will develop beautifully.

What Books To Read

The best books for tarot readings are:

Tarot cards invoke deeper intuition and connect you with your inner self. So, when you decide to learn tarot reading, you need to start with the basic decks. These decks should help you have a deeper connection with your spirituality.

Here are 5 points that you must take note of while selecting a tarot deck as a beginner:

It is a proven fact that humankind remembers graphical representations more than written material and symbols. So, as a beginner, you should go for a deck that has a colorful representation. This mayl help you in remembering the card’s meanings. It will also help you in connecting the cards drawn to derive the larger picture.

As a beginner, it is difficult to remember the earnings of the cards and how their combination can be interpreted. So, always go for a deck that comes with a detailed guidebook. It will help you in decoding the cards and help you in accurate future predictions. This step will also save you from lots of confusion and help you practice efficiently.

Several decks are very complex to decode. Most psychics give them a pass. They often take longer to interpret, which often makes them untenable for quick readings. Most people want to have quick interpretation with clarity. So, never take complex decks. Choose the ones that are easy to read.

As a beginner psychic reader, you should not invest heavily in cards. Go for the cheaper ones which you can easily replace and buy. Also, they should be easily available to you. You can find the shops selling them by googling something like “places to buy tarot cards near me”.

Whenever people go for tarot card readings, they look out for the cards. The familiarity invokes a sense of security. An unknown deck often creates a sense of insecurity and a little psychological fear. You don’t need it in your early career as a card reader. So, get the decks that are known and popular, like Llewellyn’s classic tarot, and the inspirational tarot. 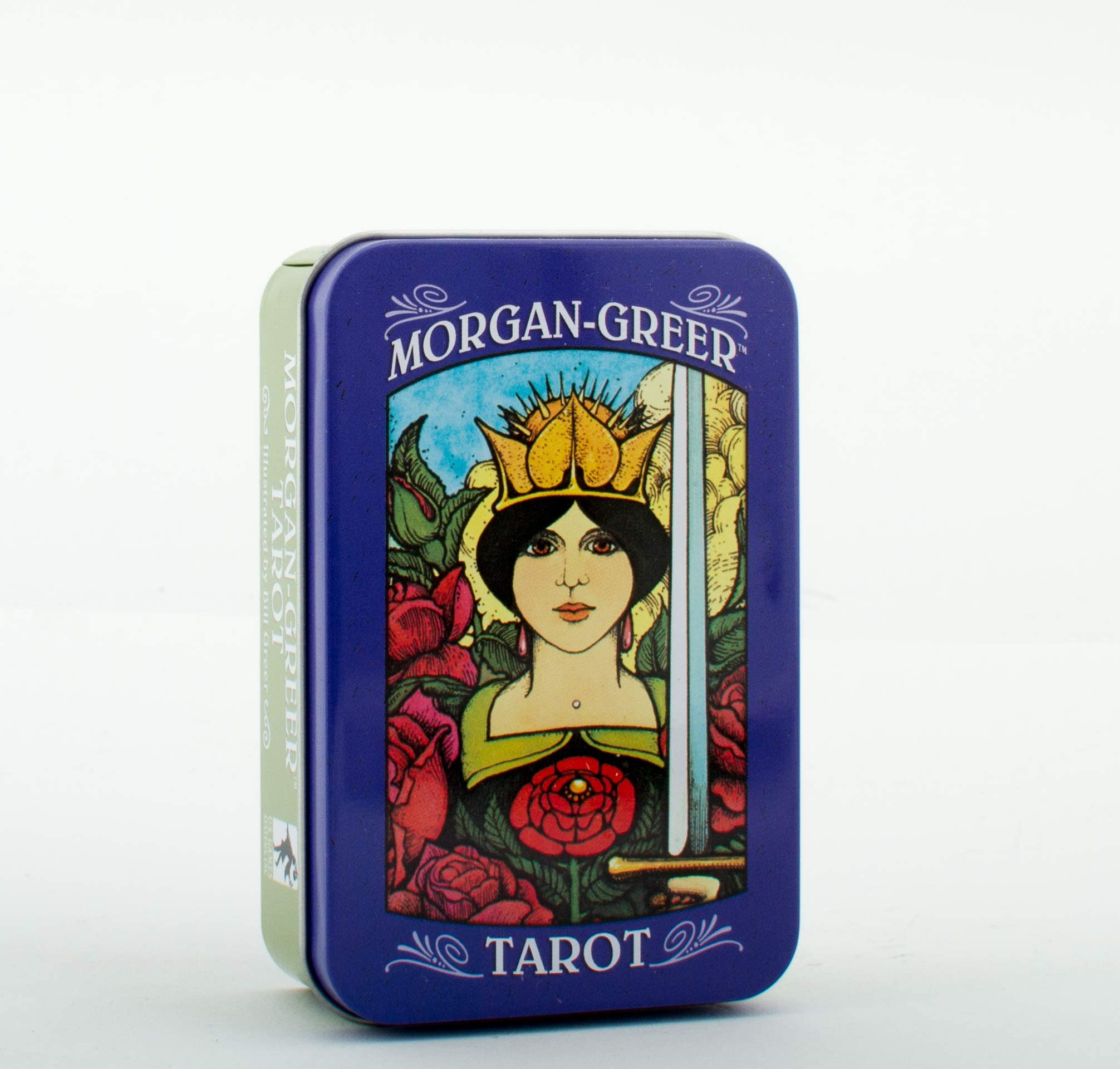 Can Tarot Tell The Future?

As unbelievable as it may sound, tarot cards really can predict the future. The core of tarot card prediction is that you have to form a clear question. And this can be much harder than you think.

If you want to ask if you are going to have a promotion at work, pick up any three cards from the deck. While doing all these, you have to be mentally prepared even for the worst outcomes. Tarot cards are not all about amazing results. They can also tell you the impending harsh truth based on your present circumstances. For example, the cards drawn might indicate that you will not get a promotion this year. So, you should upgrade yourself, and work smarter to manifest your goals.

The thing about the future is they are dynamic. No event from the future is static; they can change according to present circumstances. So, if your cards predicted no promotion, there is no need to lose hope. Instead, just work on yourselves and change your present situation. So, the cards will change and your question will yield a positive response.

The future is heavily dependent on your will, destiny, and how the universe plans for you. Holy spirits also are a guiding force. They often guide the events for your better good, even if that means a bad phase for a while. So, if you don’t get a promotion at work, it might be because the spirits are guiding you toward another job or toward starting your own business.

Tarots come in handy in this phase when you are still in confusion. You can seek answers and the tarot will let you know what the future holds for you. You can accordingly work on your present to change your future.

Another aspect of this myth is the few scriptures, mentioned in the Bible, notably this:

The Bible specifically mentions that anyone who mimics God is a Satan. And because the tarot cards offer a sneak peek into the future, they are considered similar to god’s actions. Hence they are labeled satanic.

Now let us look into the facts. The deck cards are just symbolic representations of what the seeker picks from the cards. They don’t alter or even exactly predict the future. Cards are just a guiding force. So, they are not satanic or evil. They are a wonderful way to connect you to the almighty and embrace what lies ahead in life.

Whenever there is a discussion on occult and supernatural powers, tarot cards always find mention. Contrary to popular belief, tarot cards are not a medium to change your future. Rather, they are a means of connecting the subconscious to the conscious.

The psychic readings for the tarot cards allow you to foresee your future based on your present circumstances and take corrective measures to manifest your wishes.

The tarot decks are a step forward towards spirituality and accepting what is coming in the age of Aquarius. Psychics claim that in the present day, people are gaining more self-consciousness and are connecting with the universe on a deeper level.

As a result, they seek more answers and are always on the lookout for the truth. Tarot cards are an excellent way of acting as the answering medium between the seeker and the universe. So, if you too are intrigued by several questions, try tarot cards for clarity of thought and peace of mind.